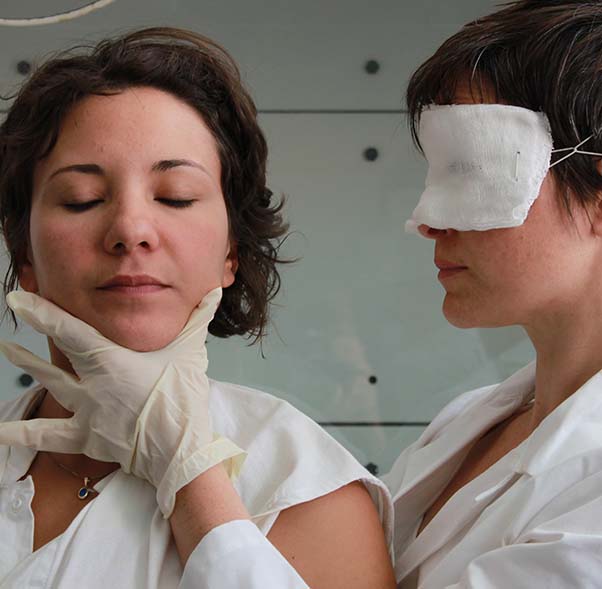 Sleep Disorders is a body of work that investigates the pathologisation of sleep through performance research.

Fool Asleep is a one-act play that used spoken text, original video and dance (choreographed by co-creator Hellen Russo) to present the complex relationship between a subject of a sleeping disorder and an examining sleep scientist, within a narrative frame. I wrote and performed the original script based on lay and scientific sleep science texts, which reframed scientific discourse and so questioned the assumptions that have rapidly created a new medical speciality. The work was performed at Fringe World Festival 2012, Perth, Australia: The Treasury; and for Strutathon, Fringe World Festival 2012, Perth, Australia: Perth Institute of Contemporary Art. 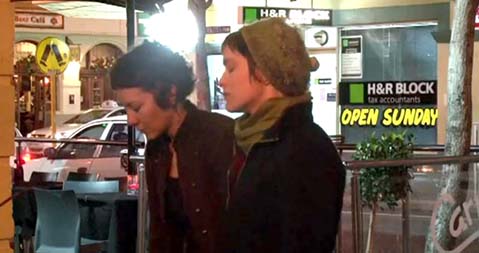 For the body of work collected as Design, Form, Light, Movement, with dancer Hellen Russo I created site-specific work focusing on the role of lighting design in dance. Our work asks, what is the connection between urban light and the surveillance gaze; how can work illustrate the invasiveness of surveillance technologies on the urban subject; how can urban lighting conditions affect the performance outcome? The ubiquity of CCTV in public spaces demands a compliance of individuals that reflects the relationship between subject and scientist.

Sleep Disorders enacted invented sleep pathologies, using performance art to explore scientific incursions that problematise a ‘natural’ state, and to interrogate tensions between sleep science and art. I made the work for Lisa Carrie Goldberg’s installation Perth Institute of Sleep Behaviour (2010) that recreated a sleep laboratory; Goldberg invited me to become a ‘subject’ in her lab and to respond with an original work after immersion in her process. I spent long periods of time within the installation, read medical literature and viewed authentic surveillance footage; surveillance of sleeping subjects is fundamental to sleep science. My performance within the installation was videoed in low resolution and posted on the internet, suggesting a troubling equivalence between genuine surveillance footage of sleep science subjects and work that ‘passes’ as such.

This project was supported by:

Dr Vahri McKenzie is an educator, artist and scholar, with teaching expertise across a number of creative arts practices, including contemporary performance and creative writing, where these are linked by understandings of creativity as a phenomenon that can be taught and learned, experienced and shared.